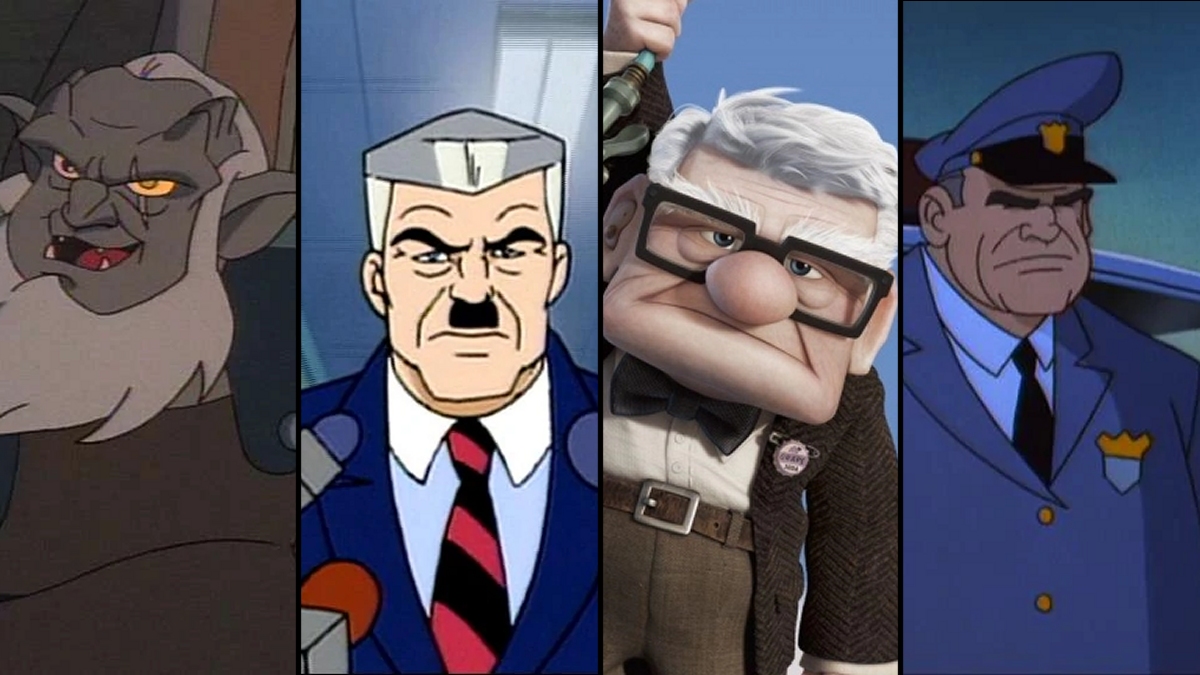 We lost a great one this weekend with Ed Asner. The lovably gruff actor died at 91. Asner was a prolific actor, not only having well over 400 credits to his name, but also still performing roles to the end. Sure, every obituary is going to talk up how well known he was for The Mary Tyler Moore Show and all that, but for many of us, he was a huge part of our childhoods.

Ed Asner did plenty of voice work. More than I can talk about here, but his deep, growly, and at times friendly voice lent itself well to a lot of cartoon characters. Not just the old man from Up, but lots of villains and supporting characters in superhero shows. He was also in FoodFight, but we don’t need to talk about FoodFight.

It really says a lot about how high-quality Batman: The Animated Series was when they had Ed Asner doing a bang up job playing Roland Daggett and he was probably considered the least interesting recurring villain. Giving Batman his own Lex Luthor wasn’t as strong a dynamic as it should have been and other than being a side villain in the Clayface origin episodes, Daggett’s episodes don’t really stand out among the rest.

When you do watch one of those episodes and remember that Daggett exists, Asner’s charm definitely does some heavy lifting. He absolutely pulled whatever blood he could out of that stone.

Ah, Captain Planet. Incredibly cheesy, but honestly way better than it really had any right to be. Asner played Hoggish Greedly, one of the various go-to villains on the show and one of the villains who was so on the nose that he’s made to look like a literal gross animal to drive the point home how evil he is. Greedly was half-pig/half-Trump, which led to Asner doing oink-based laughter that went on way too long. I’m sure that saved on the animation budget.

Asner’s Greedly also did a lot of yelling at his sidekick Rigger and that guy was voiced by John Ratzenberger. Forget all the pollution and trying to murder children and eco-Jesus. Being mean to Cliff Clavin is going too far!

Third season excluded, Gargoyles was one of those shows that was so good that you can’t help but look back in wonder at how fortunate we were to have something so good. Asner was the team’s resident grizzled mentor character Hudson (who named himself that after thinking that naming a river is stupid as hell). He brought his A-game, plus a Scottish accent, but was a bit overshadowed by the team’s leader Goliath. Asner may have had a gravely voice, but he was a silver medalist to Keith David’s gold in that regard.

Despite being a battle-weary soul, Hudson always brought a weird sense of optimism to the show whenever he was around. He acted like living as long as he had was something to be celebrated and that he was lucky for it.

As the story goes, Asner was prepared to voice Sgt. Cosgrove with more pep and emotion, but when he blandly read through the lines to get them down first, others told him to just go with that. Cosgrove’s complete lack of enthusiasm in contrast to Freakazoid’s over-the-top behavior is what makes him so memorable and likeable. He was like the anti-straight man.

There’s a real Dadaist charm to Cosgrove, who is entirely competent (he once caused a Cthulhu-like being to back off via a threat to bust his lip), but really outlines the utter weirdness of Freakazoid’s world with his mild banter. It doesn’t matter how dire the situation is, if Cosgrove invites Freakazoid to some random distraction, it will almost always work. Then he’ll tell him something odd like how pigs are smarter than bears, but they can’t ride bikes. Then he’ll convince Freakazoid to get back to the plot and move on.

This did lead to the biggest BS moment of the show, though. One time Freakazoid couldn’t go get a yogurt with Cosgrove, so Cosgrove asked the viewer if they wanted to join him, followed by reacting as if we said no. Don’t you put that evil on me, Steven Spielberg! I don’t appreciate the gaslighting and I know I’m not the only one.

Asner did get to reprise the role one last time in a recent episode of Teen Titans Go! that guest starred Freakazoid. Once again, he got distracted from a life-or-death situation because Cosgrove wanted to buy him a donut and then discuss the different types of donuts.

When it comes to Jameson, it’s all but unanimous that JK Simmons is THE portrayal. Even in terms of animation, people tend to think of Paul Kligman for nailing the character back in the 1960s. That said, Asner played him a different way and it worked. Asner’s Jameson wasn’t a motormouth with an inflated sense of importance. He was a gruff and, for lack of a better term, menacing boss who was a thorn in the side of Peter Parker’s two identities.

While he did come off as a jerk, they made sure to emphasize that he wasn’t a bad guy, just a grouch with an axe to grind. That made it all the better in the aftermath of Peter’s wedding when he revealed in secret that he paid for the whole thing, but didn’t want Peter to know he actually liked him.

Even though Asner was able to play Peter’s cantankerous quasi-father figure, he did get a brief shot at Peter’s more loving one in Spectacular Spider-Man. As Uncle Ben, Asner showed some real grizzled warmth that really stood out despite being a very short role.

I already mentioned Daggett earlier, but Asner has done his lion’s share of DC characters. The animated adaptation of All-Star Superman had him as Perry White, which is so obvious in retrospect that I can’t believe it took that long to do (Asner had also been considered for the role as far back as Richard Donner’s Superman: The Movie). He was also Hephaestus in an episode of Justice League Unlimited, which was overshadowed by the extremely inspired casting of the brothers from Wonder Years as Hawk and Dove.

Just as inspired was Asner as Granny Goodness. A cosmic evil in the form of a “loving” grandmother type is one of the most Jack Kirby of Jack Kirby ideas. Having Asner trying to use his menacing gravel voice for a female character is just so fun to check out, especially once you figure out it’s him. Granny didn’t get too much use, but I would love to see the footage of Asner in the booth trying to make it work.

While I can talk about Cosgrove and Jameson for days, Asner’s most famous role is that of Carl, the crotchety old man from Up. It helps that by the time we first hear Asner’s voice in the movie, we’ve already seen Carl through his whole life, including the heartbreaking tragedy that comes with it. It lets us know that underneath the harsh growling, there’s a sensitive man underneath and Asner’s performance opens up throughout.

Though again, he’s mean to John Ratzenberger and I can’t abide by that!

Up is a great companion piece to A Goofy Movie, in how it hits differently for each generation. Much like how kids identify with Max while adults identify with Goofy, Up has Russell the scout and Carl. When Kevin the bird gets kidnapped, Russell can only scold Carl in disbelief for letting it happen. Carl, whose house and belongings were literally just on fire a moment ago, responds with the emotional and fed-up, “I DIDN’T ASK FOR ANY OF THIS!” which is probably my favorite Asner line read.

I’m really not looking forward to rewatching that movie. I love it, but it’s going to break me. Let’s see what else Disney+ has to offer… Oh, Dug has his own series of shorts! …Oh man.

One of roles people these days remember Asner for is Santa Claus in Elf. That was neither the first time nor the last time Asner portrayed Jolly Old Saint Nick. He’s played the character various times in various projects. For some reason, Ed Asner just made for a fantastic Santa. It’s not like he was playing him the same way every time.

His performance in The Story of Santa Claus was your regular vanilla take. The version in Elf (which had an animated spinoff short, so it’s on-topic!) felt like a well-meaning but flawed take on the legend. Olive, the Other Reindeer added some real cynicism to Santa while Regular Show went even further to the point of absurdity. But yet no matter the version, Asner added warmth and wisdom to his portrayal of the seasonal gift-giver.

Honestly, an Ed Asner Santa marathon isn’t the worst idea for this December. It’s a good way to remember such a beloved talent that I’m certainly going to miss.