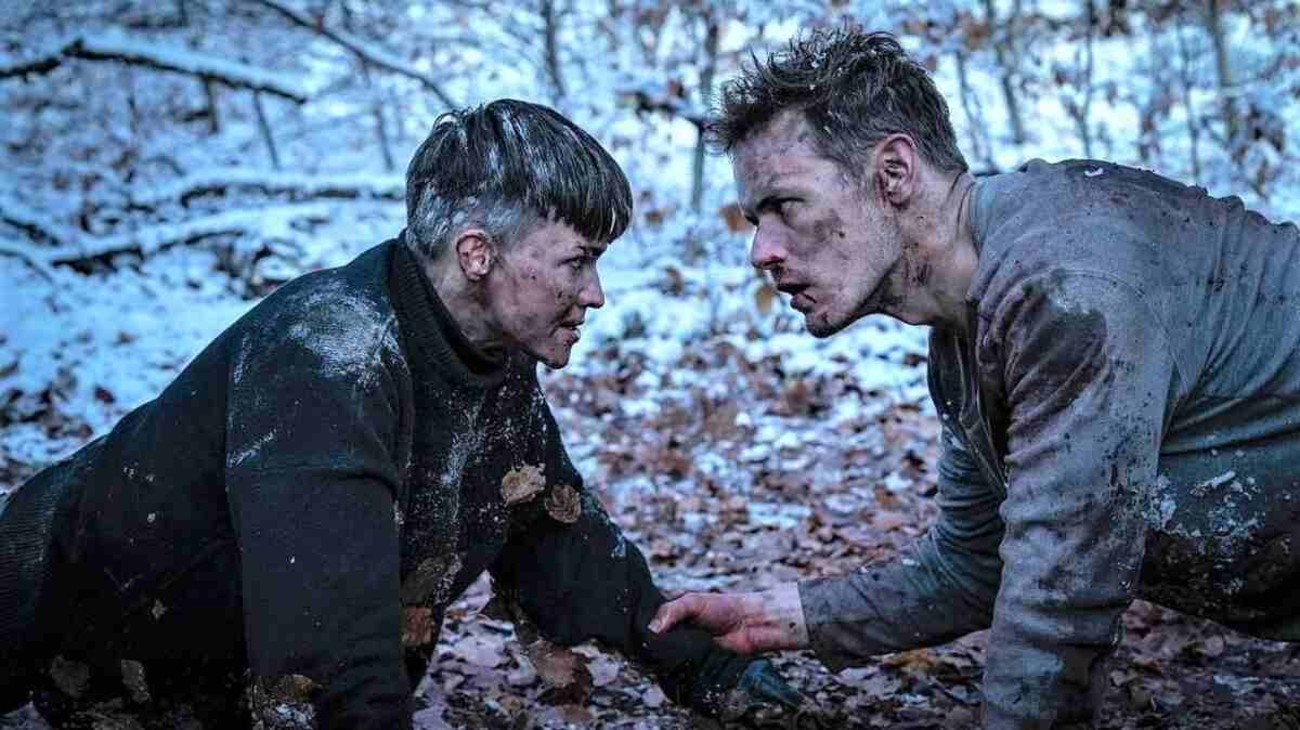 This article contains spoilers for SAS: Rise of the Black Swan.

Based on the novel SAS: Red Notice by former British soldier Andy Mcnab, the film is an unflinching political action thriller that ends with a massive explosion, a bloody knife fight to the death, and a massive government cover up. On the surface, this is pretty typical fare for an action-thriller grand finale. But there’s actually a lot going on beneath the surface that sets the stage for an even more explosive story down the line.

Let’s break down what really went down in the final moments of the film:

What does Sophie “understand” about Tom?

Prior to her and Tom’s train ride from hell, Sophie doesn’t seem quite sure that they will work out as partners in the long run. In her conversation with a kind lady on the train before the proverbial shit hits the fan, she says that he “takes lives for a living. I save them.”

To say the very least, Sophie and Tom go through A LOT together in a short period of time thanks to Grace’s maniacal hostile takeover. More specifically, she’s able to feel the weight of Tom’s work. There are lives that hang in the balance whenever Tom is in action, and it becomes clear to her that being a soldier is maybe the biggest part of who he is.

When Tom finally proposes to Sophie in Paris, she initially declines, telling him, “If I thought I could make you happy, I would.” She believes that nothing in Tom’s life is more important than his work, and she’s resigned herself to not get in the way, or change who he truly is on the inside.

Is Tom a psychopath?

In the opening moments of the film, Black Swan leader William Lewis (Tom Wilkinson) explains to his daughter Grace that almost all psychopaths are “incapable of love.” While Tom proves himself to be more than a little psychopathic on the inside, his tears prove that he’s that rare psycho-with-a-heart that William was alluding to.

Crying just isn’t something Tom does (he tried to stuff Sophie’s cat in a freezer after it died, for goodness sake), so his outburst is nothing short of a revelation. “It’s news to me as well,” he tells Sophie as they both realize that maybe he is marriage material after all.

The Fall of the Black Swan and Britgaz

There were a handful of evil bastards who were ultimately responsible for what went down on that train, and by the end of the film, at least some of them had to pay for their dirty deeds.

Most of the political fallout comes at the hands of Grace, who releases a video of military commander George Clements (Andy Serkis) admitting that Prime Minister Atwood (Ray Panthaki) tasked him with hiring Black Swan to clear out a village by any means necessary to make way for gas company Britgaz’s pipeline. Like we said—a handful of evil bastards.

Like her father, Grace pays for her evil doings with her life, losing a hard-fought, hand-to-hand battle with Tom after she blows the pipeline to smithereens. Britgaz’s chairman, Sir Charles Whiteside, denies the claims that they were involved with Black Swan, but the public ain’t buying it, and the mere rumor that the corporation was in bed with terrorists can’t bode well for its public image.

PM Atwood, like Sir Charles, denies involvement, though his chances in the upcoming election look slim in light of Grace’s leaked video. But under the bright spotlight of public scrutiny, they both point their fat fingers squarely on the same scapegoat: Former SAS commander, government traitor, and Tom’s best friend, Declan Smith (Tom Hopper).

Declan Sets up a Sequel Return for Tom Hopper

It’s revealed during the hijacking that Declan had struck a deal with Grace to protect her from his SAS brethren long enough for her to make her escape, making him a bonafide “snide” (mole) and traitor to Great Britain. He’s able to escape amid the chaos following the pipe explosion, but not before making a huge move underneath everyone’s noses.

His deal with Grace included his share of the ransom money Britgaz paid in exchange for the train hostages, which amounted to around half a billion dollars. As we learn at the end of the film, he’s all but gone missing, and there is a contingent of citizens who view him as something of an anti-establishment hero who, in all likelihood, is enjoying his fortune on a sunny beach somewhere.

The British government issues a red notice on Declan, which essentially means he’s the target of an international manhunt. But in the final scene of the film we see a long drone shot (that cleverly acts as the film’s closing credits if you look close) that zeroes in on Tom and Sophie’s wedding. It’s implied that this is indeed Declan spying on his friend.

In the middle of the ceremony, Tom gets a tip from Clements that he’s traced the location of Declan’s money, and that their former comrade is “sitting on it.” We then see Declan’s face shrouded in shadow, which sets up nicely a sequel in which the former friends go toe-to-toe.

SAS: Rise of the Black Swan is streaming on Netflix now.